Match Pint's guide on how to cope with an Indian Bunsen

With England being ‘unceremoniously’ dumped off the top spot of the World Test Rankings (we’ll ignore the mace, for now), the question on everybody’s lips is: “how are they going to regain that number 1 status?” Ahead of their four match series in India, however, the omens aren’t good: England have had a decidedly indifferent twelve months and they’re facing a top-class Indian outfit revelling in home conditions. Finally, on their last visit to the sub-continent, they were found well and truly wanting against both the world-class spinners and part-time pie-chuckers of Pakistan and Sri Lanka. 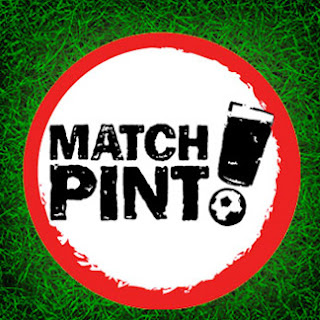 There is, however, a simple and sure-fire way of beating the opposition. We’re rubbish at playing spin in the sub-continent and India have executed a dastardly plan to take away any opportunities to practice. So, we say: if you can’t beat the conditions, join ‘em. Forget about batting – it’s not important – and pick a side to go out and win; a side filled with eleven front-line spinners.

I know it sounds strange. Indeed, some of you will note that it’s hard enough finding eleven spinners full stop, let alone ones capable of downing Dhoni’s cronies. But eleven English spinners will undoubtedly provide plenty of variation. Geoffrey “where’s my stick of rhubarb?” Boycott and Bob “it’s somewhere up my nook and cranny” Willis can moan all they want about England’s inability to play spin, but when India are bowled out for 15 on the first morning of the series, they’ll soon realise it was actually they that were playing down the wrong line.

Some quick selection criteria before we crack on. Players are picked first and foremost on their ability to bowl spin; if they able to play spin in addition, it’s strictly considered a bonus. Second, the team must contain at least one recognised Wicket Keeper, but he toomust be able to turn his arm over if required. Finally, previous Test experience is considered valuable, though certainly not a pre-requisite for selection.

So here’s the team, in proposed batting order. Let us know what you think. Glaring omissions? Lack of variety? Not enough of Ian Blackwell? We want to know!

A bedrock of the side, Swanny will be expected to lead with both ball and bat.  Luckily, he has previous in these conditions, becoming only the second player in history to take two wickets in his first Test over, on debut in Chennai, 2008. Much will be expected of him.

Monty’s likely to open the bowling with his metronomic darts, and he’ll be tasked with pinning down the Indian right-handers outside their off stump, Glenn McGrath style. Promoted to open the batting purely on the basis of the temperament he showed in Cardiff, 2009.

Funny fact: the great Russian composer, Sergei Rachmaninov, wrote his 3rd Piano Concerto in the hope that Monty would give it’s first performance. He has massive hands.

He’s a tad lucky to make the side with a first-class bowling average of 39.05, but Patel’s form in the warm up games has been promising enough to earn selection. A reluctant bowler, Seedy Uncle Samit (as he’s know to us), will be the side’s answer to “Shark” Kallis and should contribute with ball and bat.

Funny fact: Samit was the BBC’s first choice to judge The Great British Bake Off in 2010, but was overlooked after he challenged the contestants to make a full-scale Victoria Sponge in the shape of Inzamam ul Haq.

Though he occasionally helps the side out with his part-time right hand off-drives, it’s for his full-time right arm off-breaks that KP is in the side. His ability to take a game away from the opposition in just a few overs is striking - just ask “Zjork” Rudolph and Graeme Smith.

Funny Fact: he has a small Proteas tattoo on his right buttock. Supposedly, he took a picture of it and sent it via text to the Saffas this summer. Surprised we never heard about it…

It’s with regret that we can only include one genuine wrist spinner in the side but hey, Lord’s wasn’t built in a day… A bowler of flight and guile, don’t be surprised if Rashid ends up as the team’s leading wicket-taker. A handy number five with the bat with four first-class tons to his name.

Having taken six wickets on debut against Bangladesh, “Pingu” (where do CricInfo get these nicknames from…?) would be unfortunate to end his career a One Cap Wonder. Solid, reliable and hairless, he’s also in danger of chipping in with the bat.

Get him out of retirement now! England need all the wiley experience of the 42-year-old Welshman if they’re to win the series. Trophy winning experience with Glamorgan will be vital. He can re-retire after we’ve won the series.

Funny fact: there was a huge mix up with his birth certificate; he was actually christened Kies Craigswetter.

Showed promise in the World T20 warm up games and bowled tidily on his ODI debut under similar conditions last year against Pakistan. A young lad and a potential leader of the attack in the future.

With 44 wickets, only Panesar and Kiwi-registered Jeetan Patel took more wickets with spin in last season’s County Championship (div 1). Having gone away with the Lions recently, it’s time to parachute him in and have him learn off Monty the Master.

Funny fact: when he first donned the Lancashire first team top, he was confused, thinking he’d been selected to play at Fly Half by Stuart Lancaster.

In order to comply with the strictly non-transparent overseas player quota policy, the fresh-faced Irishman will need to sort out his passport documentation pronto. Will eventually look to nail down the number six batting slot in Eoin Morgan’s absence.