Free Chapter of my Book! Losing Your Temper...

Need some holiday reading? Be the envy of your new found mates who you will never see again as you whip a copy of this out...You might even see why it is getting 5 star reviews. Why, even Joe Root would review this one well! Below is a free chapter of The Definitive Guide to Club Cricket. You can get your copy here...
https://www.amazon.co.uk/…/dp/1535396…/ref=tmm_pap_swatch_0…
Oh and feel free to tag a team mate who regularly loses the plot when out for a duck! 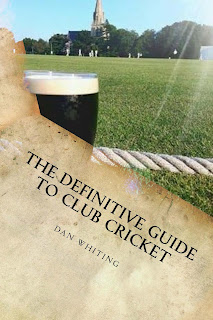